Tips for trips, attractions and entertainment

Svorošice stretches from granite to the southwest valley of the Svorošická stream and along the road, from which at the bottom of the village turn the connectors to the West to Petrovice and south to Nýznerov. The cadastre of the village also includes a local part of Petrovice. The permanent residence has 720 inhabitants in the village.

Location in the foothills of the Rychlebské Mountains and Jeseník, suitable especially for hiking or biking.

The giant chair on Sedmilánský vrch is an accessible destination for families with children.

Skorošice includes the "Nýznerovské waterfalls on Stříbrný potok" and the local Museum.

In the village you can use a grass football field or a bike path (behind the church) suitable for inline skating, which is also lined with a fit trail.

In Žulová it is wonderful to get out or ride a bike to Chrámový vrch - "Boží hora" with a church and views of the countryside (also lined with a fit trail).

In the vicinity (6km) in the village of Černá Voda there are bicycle routes "Rychlebské stezky" even for demanding. Here you can also visit the ruins of Kaltenštejn Castle or the natural formation of Venus's Bowl and the Centennial Oak.

Towards Javorník there is the Jánský vrch chateau (in summer a fairytale trail in the gardens free of charge), the ruins of the Rychleby castle, the Devil's pulpit, Račí údolí with a beautiful restored Tančírna, the Borůvková hora lookout tower, the forest bar in Zálesí ...

Towards Jeseník you have to visit the climatic spa in Jeseník - "Priessnitz Spa" (outdoor trail for children, labyrinth ...), the lookout tower Zlatý Chlum + Čertovi kameny.

Granite is a small town with 1300 inhabitants. It is located on the main route leading from Jeseník to Poland. The Granite themselves is the Church of Sts. Joseph. His attraction is the fact that he was built on the site of the former Frydberk Castle, from which only the cylindrical tower, which was incorporated into the church itself. Not far from the church there is Josef Square with a plague column. Here we can also find a stone museum. The surroundings of Granite offer a large number of interesting tourist destinations. An unmistakable dominant is certainly God's mountain that turns off to the height of 527 m.n.m. Here we find a pilgrimage church. There is also a nice view towards Javornik. A blue tourist sign is leading to the top, which lines the cross road. To view God's mountain from afar, there is an adjacent peak pine that is a national natural monument.

Remains of a medieval castle, of which only a massive cylindrical tower has been preserved, used today as a church bell tower. Built before 1290. Damaged by several Swedish invasions during the Thirty Years' War, uninhabitable in 1642. The castle was built before 1290 against the will of the bishop by Jan Wustehub, who made raids from there. Other Haugwitz owners continued in the years 1325–58, until Bishop Přeclav of Pogarel bought the castle. The fortress became the seat of the bishop's burgrave and the town in the castle grounds developed. In the 16th century, the castle was rebuilt in the Renaissance style by Bishop Martin Gerstmann. Plundered and burned by the Swedes during the Thirty Years' War. In 1650, residential buildings and chapels were restored, and from 1703 it was used as a brewery. However, it was later demolished and in 1810 a classicist church was built here. 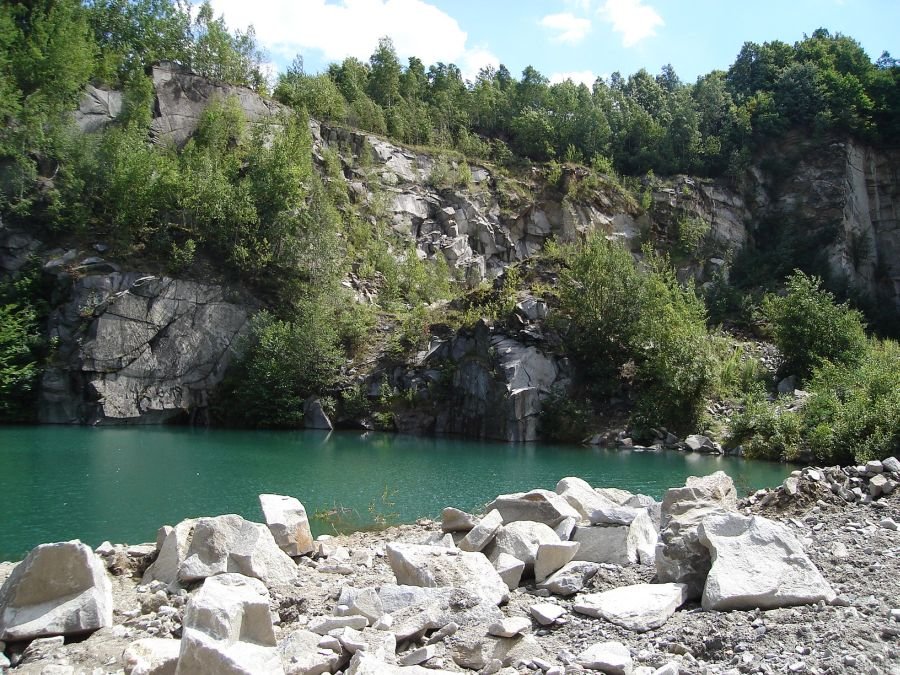 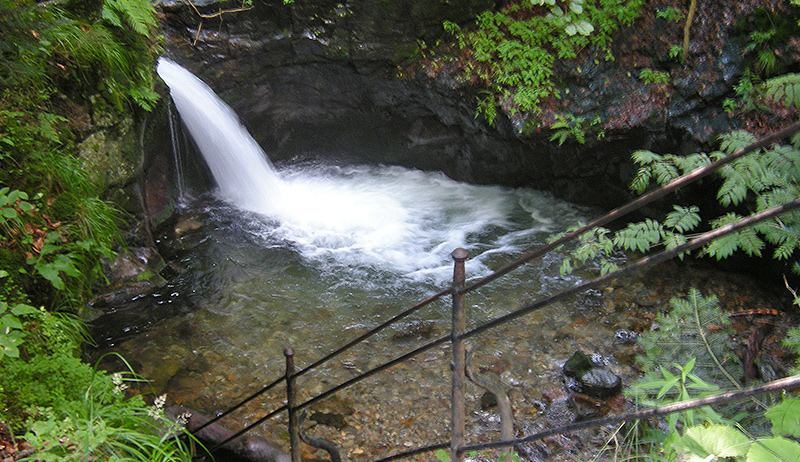 Nýznerovské waterfalls are located in the settlement Nýznerov u Žulové in the valley of Stříbrný potok. It is a canyon-like gorge with rock thresholds creating several waterfalls and cascades, where pits and giant pots of various shapes up to several meters in size are created due to the eruption of the rock by a whirling stream of water. The waterfalls form a system of cascades and rapids in a romantic gorge above the mouth of the Bučínský stream. They were formed on a threshold formed by a more resistant rock - the vein of amphibolic gabbro. Due to the relatively high flow, the Nýznerovské waterfalls are an extremely impressive natural phenomenon. The lower part of the waterfall flows through a narrow rock gorge, which is difficult to access. The upper part is accessible by a staircase, which can be used to get to the bottom of a "boiler". The waterfalls were created at the point where the water hits the rocky thresholds formed by erosion-resistant rock. The water here falls to a depth of 14 m in individual stages and the highest stages reach 3 m. Since 1968, the Protected Natural Creation of the Stříbrný potok Waterfalls has been declared here. The easiest access is along the forest road from Nýznerov, which is accessible only for pedestrians.